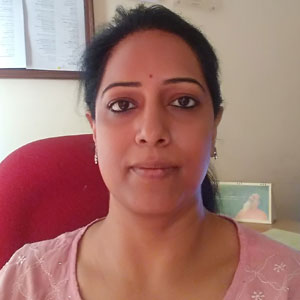 Meenakshi is an associate professor at International Management Institute New Delhi. She has more than 20 years of academic experience.  She has worked with Goa Institute of Management and TAPMI before joining IMI. Her research interests include Consumption taboos, Platform businesses especially Sharing economy, Qualitative research, Marketing of services, International marketing, and Marketing strategy. She has published papers in leading journals including International Journal of Consumer Studies, Development & Learning in Organizations, Vikalpa, Management & Labour Studies, and Strategic Direction. She is an avid case writer and her cases feature in Harvard Business Publishing, Ivey Publishing, EEMCS and Vikalpa. She has co-authored a textbook on Marketing Management by Vikas Publication which is in its third edition. She is a voracious reader and a lifelong learner.

“Airbnb influence on community living – a case study of Delhi,” accepted for poster presentation at the Asia Pacific ACR, IIM, Ahmedabad to be held from 10-12 January, 2019.
“Marketing, Lobbying and Public Policy in the times of Sharing Economy: Uber and Airbnb in India,” accepted for paper presentation at 12th Great Lakes, Chennai NASMEI Marketing Conference to be held on 20-21 December, 2018
“Sustainable menstruation practices in India: Challenges and Opportunities among Urban Middle-Class Women,” at the “International conference on Sustainability and Business,” at IIM, Calcutta, January, 2018.

“An Analysis of Intergenerational Differences in materialism in India,” at the “Listening to consumers of Emerging Markets.” in IIM, Lucknow, January, 2014.

“Intergenerational Difference in Values between Teenagers and their Parents, and its Influence on Consumption Behavior,” at the “Shaping the Future of Research in Marketing in Emerging Economies: Looking Ahead” conference at IIM, Lucknow, January, 2012.

“Changing paradigms of teenage consumer behavior in India” at the “International Conference on Emerging Marketing Paradigms in Developing Countries” in IIM, Ahmedabad, January, 2005.